Beyond The Lunar Fringe

The internet went crazy with theories and counter-theories. A "self-taught engineer" from New Jersey called Ralph Rene produced a monograph, "Nasa Mooned America", in which he referred to the heroes of the Apollo missions as "astro-nots". His humour, one presumes, was also self-taught. A squint-eyed Tennesseean called Bart Sibrel produced a video, A Funny Thing Happened on the Way to the Moon, in which he claimed to have dug up behind-the-scenes Nasa footage of astronauts mugging for the cameras.

Sibrel also developed an obsessive habit of confronting former Apollo astronauts and challenging them to swear on the Bible that they really went up into space. It is a habit that came to an abrupt end last September when a harried Buzz Aldrin lost his temper and thwacked him on the nose outside a Beverly Hills hotel. Sibrel tried to sue for assault, but the Los Angeles district attorney's office refused to press charges. Pretty soon, Nasa itself wondered if a reaction wasn't in order. So it put out a press release stating, for the record, that there had been no hoax and that astronauts really did go to the Moon.

Unfortunately, that's pretty much all the press release said, all but inviting the conspiracists to accuse the space agency of refusing to engage with their arguments — the implication being that they were too good to refute. A few weeks ago, Nasa tried again, announcing that it was commissioning a respected popular science writer, Jim Oberg, to write a lengthy pamphlet dismantling the naysayers' arguments one by one.

An enthusiastic Oberg explained how much he was looking forward to the task, not just because he relished the chance to demolish the sensationalism of the Fox programme but because he wanted people to understand why such conspiracy theories arise in the first place. But now Nasa has just played into the hands of the conspiracists all over again by abruptly changing its mind and cancelling Oberg's contract. Officially, the reason was that the space agency considered the Moon landing hoax to be so preposterous as to be unworthy of a response.

Unofficially, sources close to Nasa suggested, top management was worried that publicity over Oberg's book would distract from its current political difficulties in shoring up the agency's budget.

But in that realm that is so far off from officialdom as to be absent from reality altogether, there was no doubt what Nasa's decision portended. Almost in unison, every Moon-obsessed conspiracy theorist floating out in cyberspace gasped in amazement: My God, these people really do have something to hide! It's probably worth stating at this juncture that plenty of appropriately qualified scientists have examined the evidence and unanimously concluded that the conspiracy theorists don't have even the beginnings of a case.


Too many things about the Apollo missions were impossible to fake, from the radio signals picked up at listening stations around the world to the Moon rocks, which have been subjected to repeated geological analysis and clearly date back several millennia in an environment that was entirely devoid of water. That "C" on the photographed rock has since been found to have been a hair accidentally introduced when Nasa was printing up the negatives.

If the US flag on the Moon is kinked in photographs, it is because it was arranged to look that way. The astronauts hung the flag from a horizontal rod across the top to stop it drooping in the windless atmosphere and purposely did not pull it entirely straight. If the shadows go in more than one direction, it is because sunlight is reflected off the surface of the Moon itself, an effect known to physicists as Heiligenschein, the German word for a halo.

If the stars did not come out in the photographs, it is because they were too dim in the background. Try taking a photo of the night sky on earth with a compact camera and they will be equally indistinct. 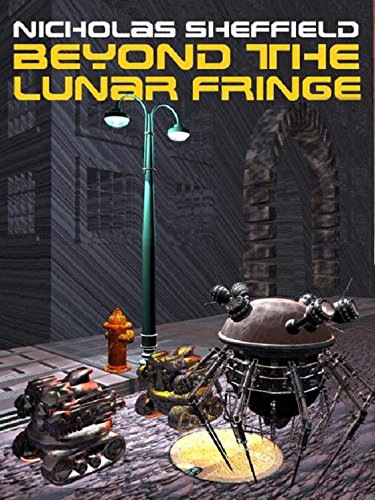 Just because the conspiracy theorists don't have a case, though, doesn't take away from their oddly compelling loopiness. Take the grandaddy of them all, a septuagenarian rabble-rouser called Bill Kaysing, whose book We Never Went to the Moon came out in Kaysing — who has also taken an interest down the years in the suggestion that Britain paid the Japanese to bomb Pearl Harbor — claims to have been in on the ground floor of the space programme as a researcher for Rocketdyne, a major Nasa contractor, in the late s and early s.

In his rather fevered version of events, the Americans decided to go ahead with the faked landings years after Russian scientists "proved" that travelling to the Moon was scientifically impossible. The three astronauts who perished aboard the ill-fated Apollo 1 mission in — Gus Grissom, Roger Chaffee and Ed White — were, in fact, murdered after they threatened to reveal the hoax to the world. The Apollo 11 mission, meanwhile, was launched with no astronauts on board and the rocket quickly jettisoned in the South Atlantic, he claimed.

The astronauts spent the entire mission inside a film studio either at the Area 51 military base in Nevada or at Norton Air Force Base in San Bernardino, California, and were later dropped by parachute from a military transport plane over the Pacific. If they were kept out of public view for a month after their "re-entry", it was to prepare them for the grotesque lies they were expected to tell. The conspiracy has never stopped.

The Challenger space shuttle disaster in was, in Kayser's opinion, another instance of government-instigated murder: the lone civilian on board, schoolteacher Christa McAuliffe, had refused to go along with the lie that you can't see stars from space and needed to be silenced. Kaysing's evidence? Hey, who needs evidence when the facts speak so eloquently for themselves? One recurring feature of the Moon conspiracy theorists is their claim that Nasa astronauts have lied, distorted and covered up the record.

Curiously, though, the conspiracists themselves don't stand up too well under close scrutiny. Kaysing, for example, did indeed work for Rocketdyne, but as an archivist, not a scientist. His undergraduate degree was in English literature and he has no specialist scientific knowledge at all. Bart Sibrel, meanwhile, likes to say he is a former television journalist with NBC, when in fact he did no more than work once as a part-time editor at NBC's Nashville affiliate for a couple of months.

NBC has disowned him entirely. His "never before seen footage" of the faked Moon landing turns out to be a publicly accessible Nasa tape of astronauts preparing, without subterfuge, to go on television for an interview. It would be a mistake, though, to assume that all Moon conspiracists are as low-calibre as this bunch. At the opposite end of the spectrum from the hoax advocates is an entirely different, rather more literate school of conspiracy-mongers whose views are every bit as sensational, even if they happen not to have been given an airing on national television.

These are the UFO nuts, the true believers in alien life forms. Their line is that astronauts most definitely did go to the Moon, but that they recovered far more than a load of rocks. In fact, Nasa found widespread evidence of an ancient alien civilisation that may or may not still exist — a discovery so jarring that the agency has been desperately seeking to conceal its findings from the public ever since.

This is a natural follow-on from the touchstone of all UFO theories, the purported alien crash-landing in the New Mexico desert in Philip Corso, a former US Army intelligence officer, wrote a book a few years ago arguing that the space race was at root an effort by both the US and the Soviet Union to be the first to negotiate an interstellar treaty with the aliens — the thinking being that whoever could enlist the support of technologically superior life-forms from elsewhere in the galaxy would surely win the Cold War and come to dominate political affairs on earth.

Lt-Col Corso did not mention whether such a treaty was ever signed in the wake of the Moon landings. Some more recent theorists take exception to the Moon hoax school, saying its advocates are an insult to their intelligence, no less. We are per cent convinced that there has been a cover-up by Nasa," the authors Richard Hoagland and Michael Bara wrote in a recent paper published at their Star Trek-influenced website www. In fact, most of the charges made And the authors go further: the only possible explanation for Kaysing and his followers, they argue, is that they are themselves government agents publicising the hoax theory as a smokescreen to mislead the public and prevent people from asking questions about the real scandal and the real cover-up.

It's a dizzying concept. Hoagland and Bara are careful to point out that this is only their suspicion; they don't have any evidence to back it up. But who cares? They've stumbled upon a conspiracy within a conspiracy. And in this Moon business, that's as good as it gets. You can find our Community Guidelines in full here. Want to discuss real-world problems, be involved in the most engaging discussions and hear from the journalists? Start your Independent Premium subscription today.

It allows our most engaged readers to debate the big issues, share their own experiences, discuss real-world solutions, and more. Our journalists will try to respond by joining the threads when they can to create a true meeting of independent Premium. The most insightful comments on all subjects will be published daily in dedicated articles. You can also choose to be emailed when someone replies to your comment. The existing Open Comments threads will continue to exist for those who do not subscribe to Independent Premium.

Due to the sheer scale of this comment community, we are not able to give each post the same level of attention, but we have preserved this area in the interests of open debate. Please continue to respect all commenters and create constructive debates.

Gary Davis: Beyond The Fringe: Astronomy with Invisible Light

Want to bookmark your favourite articles and stories to read or reference later? Find your bookmarks in your Independent Premium section, under my profile. Subscribe Now Subscribe Now. Final Say. Long reads. Lib Dems. US Politics. Theresa May.